Oritalia, Your Master Jeweller in the Italian Tradition in Montreal 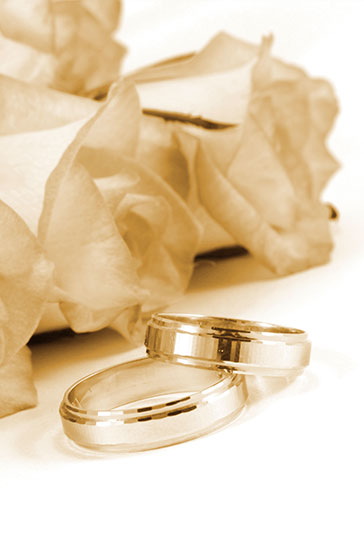 The Custom of Wedding Bands

The modern custom of wearing a wedding band has roots in many nations and religious traditions. Wedding bands have been excavated in Egypt that date back as far as 6,000 years. To the ancient Egyptians, the circle represented eternity. And so a ring placed at the base of the fourth finger symbolized eternal love. The Egyptians (and later Romans) believed that a vein passed through that finger and led to the heart. Although our understanding of anatomy may be more nuanced, the idea of eternal love remains alive and draws its imagery from ancient times.

The history reveals much about what is constant and what changes over time. Originally, in North America, wedding bands were worn only by the wives. During the twentieth century, however, it became customary for both husbands and wives to wear wedding bands. This transformation followed the increasing equality between the sexes, among other factors.

The Craft behind the Wedding Bands

Wedding bands are usually made of rose, white, or yellow gold or another precious metal. These “noble metals” are also meant to symbolize the enduring nature of the marriage bond. At Oritalia, wedding bands are hand-crafted out of 18 carat gold. However, if a client prefers a different carat, Sergio Porcari can accommodate them. On the inside of the ring, it is common to engrave the name of the spouse (or both spouses), the date of the wedding ceremony, and some other meaningful phrase.

At Oritalia, Graziella and Sergio Porcari have the experience to help you through the choice of your wedding bands. Moreover, Sergio is a master jeweller with the talent and skill to ensure that your wedding bands are, indeed, forever.

HAVE A JEWELRY INQUIRY?